Lord Nil escapes dangerous stunt with Alligators during Judge Cuts round on America’s Got Talent 2018.

This leaked footage will be air on Tuesday’s episode of America’s Got Talent, August 7, 2018. 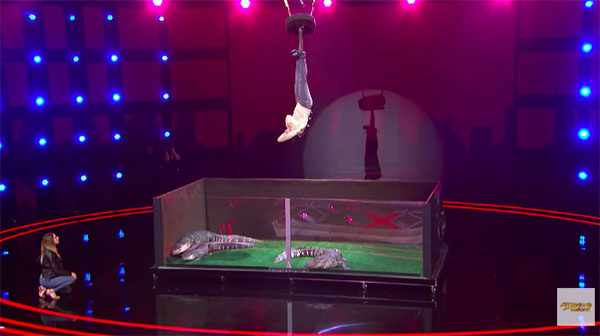 What can you say about Lord Nil’s performance? Share your thoughts below.

During Judge cuts, 18 acts will perform but only seven will advance to the live shows, including the guest judge’s golden buzzer choice.