“Everything about you guys is amazing. You are together you are showing us some moves,” Mel B.

“You are amazing but you can dance without the heels,” said Howie.

“I love watching you guys,” said Heidi. “It’s not just the heels, its the personality and determination,” said Simon. 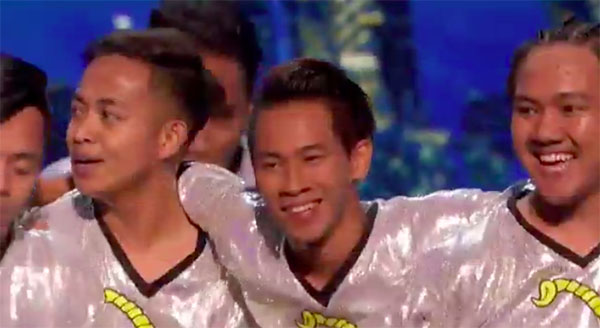 Finding yourself dancing off the couch with @JNSOfficial? RETWEET and vote for them tonight. #AGT pic.twitter.com/D1hCgTSXPN