“It’s the most stupid act we had on AGT,” said Simon. “Sharing is caring,” said Howie.

“You are something to remember and very original,” said Mel B. “It’s getting ridiculous every time,” said Heidi. 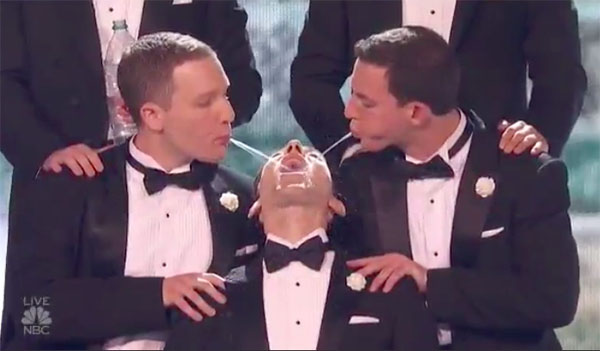 Did @HumanFountains leave you wanting to eat a hot dog real bad? 🌭 RETWEET and vote for them tonight. #AGT pic.twitter.com/XkhXNk7LXc

What can you say about Human Fountains’ performance? Share your thoughts below.