Courtney Hadwin is moving to the Live Semifinals of America’s Got Talent 2018 Season 13, the show announces the good news on Wednesday, August 15, 2018. 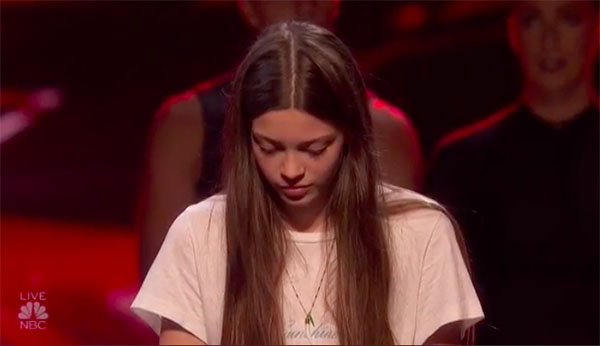 Courtney Hadwin is safe and will be competing in the AGT semifinals next month.

Hadwin receives enough vote from the viewers after performing “Papa’s Got A Brand New Bag” by James Brown on Tuesday’s Quarterfinals rounds.

Other acts going to the Semifinals are We Three, Vicki Barbolak, Amanda Mena and Shin Lim.

Do you think Courtney Hadwin is the next winner of America’s Got Talent? Share your thoughts on the comment section below.

It is a talent show that features singers, dancers, magicians, comedians, and other performers of all ages competing for the top prize of one million dollars.