Brian King Joseph performs a violin version of “Just Like This” on America’s Got Talent Season 13 Judge Cuts Week 4 on Tuesday, August 7, 2018.

“Your a big inspiration,” said Mel B. “You did it with a smile,” said Chris.

“I think it was fresh the way you play the violin,” said Heidi. “You have unbeilable personality,” said Simon. 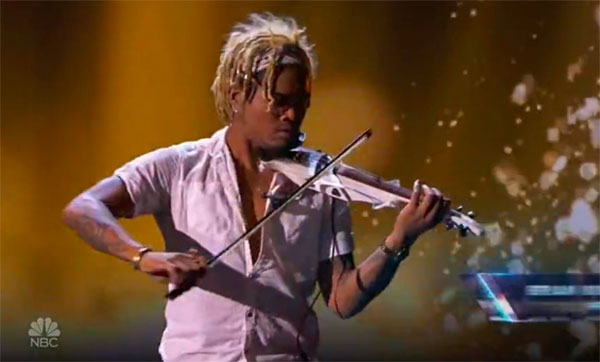