“You all became all of those odds and you are here on the stage,” said Mel B.

“I think you nailed it. When you those high notes, you show everyone what you can do,” said Heidi.

“You have the potential to be a star,” said Simon. 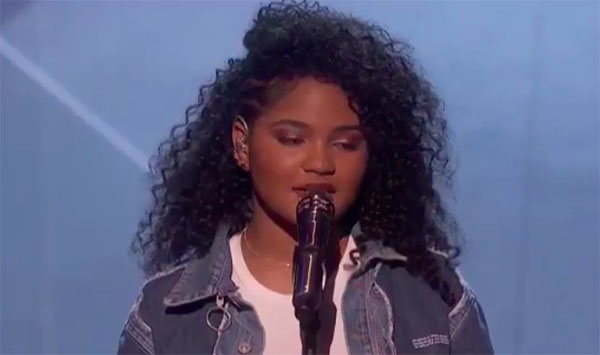 RT if @AmandaMenaMusic just sent chills down your spine and has your votes tonight. #AGT pic.twitter.com/quxiWl23me

What can you say about Amanda Mena’s performance? Share your thoughts below.