The TNT Boys is now officially a recording artist under TNT Records. The group inked the deal during the grand launching and press conference event held on Thursday. 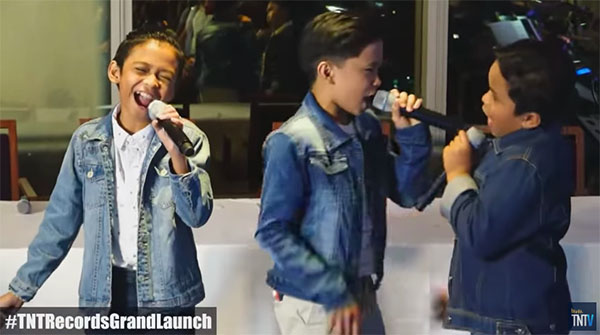 TNT Records is a new label under Star Music that will feature Tawag ng Tanghalan singers.

See also:
TNT Boys sings “Somebody To Love” on Little Big Shots US
TNT Boys as “The Supremes” on Your Face Sounds Familiar Kids 2018