Typhoon Maria is heading toward the Northern coast of Taiwan and expected to bring strong winds and heavy rains Tuesday afternoon, July 10, 2018.

Typhoon Maria is packed with maximum sustained winds of 170 kph near the center and gustiness of up to 210 kph.

It is forecast to move West Northwest at 30 kph. 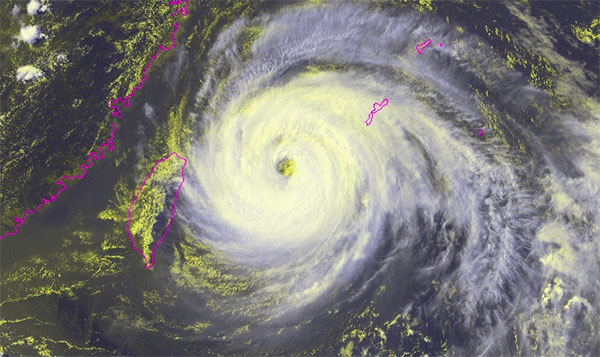 In preparation for the incoming super typhoon, the government announced that schools are to close early and work is to end at 4:00 PM on Tuesday.

Flights in Taiwan could be delayed or canceled due to the typhoon. Officials have warned of possible floods and mudslides.

Below is the live update, photos and video of Super Typhoon Maria as it moves to Taiwan.

Thanks to typhoon maria…. everyone is getting off work at the same time. pic.twitter.com/9HaRsXtNcq

Me getting a little bit emotional in eye of #typhoon #Maria – you have to be a hurricane / typhoon chaser to understand this madness! pic.twitter.com/G2sFJFmvOd

Dry but windy second half to #typhoon #Maria so far pic.twitter.com/ETSgbltPHT