“I was traumatize in a good was. I was blown away,” said Mel B. “That was so scary and so dangerous,” said Howie.

“You are such an amazing entertainer, I thought it was amazing,” said Heidi. “You have an amazing personality,” said Simon. 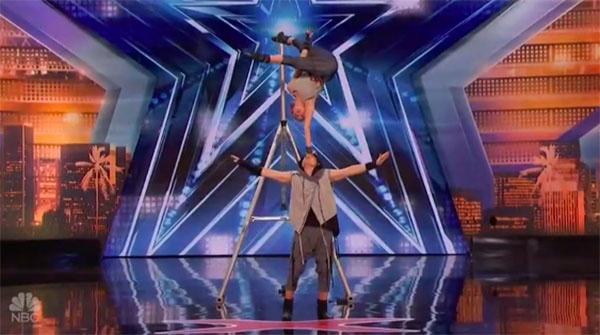 Sergey and Sasha received four yeses and they are moving to the next round of AGT competition.

What can you say about Sergey and Sasha’s performance? Share your thoughts below.