Missing Thai Soccer Team found alive inside a cave in Thailand — the 12 boys and their coach was trapped inside the flooded cave for 10 days.

On July 2, the first video footage was released showing the group in an island on the flooded cave. However, rescuers said it may took month to get the group out of the cave due to weather condition. 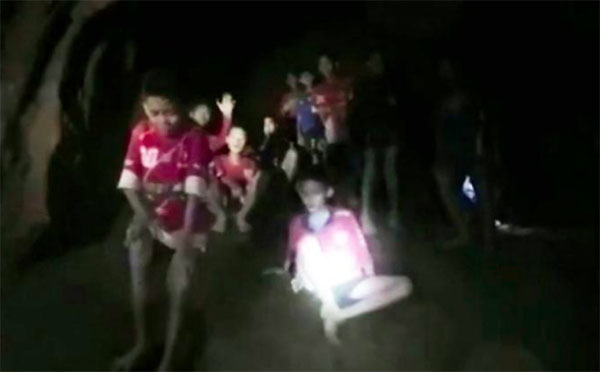 The boys range in age from 11 to 16, and are with their 25-year-old coach. They play for the Wild Boar soccer team.

They went missing on June 23 while exploring the six-mile-long Tham Luang Nang Non cave system, which is in a park in northern Thailand near the Myanmar border.

Watch the actual video footage when two British rescuers found them inside the cave.