The win marks Manny’s 39th KO is his boxing career. 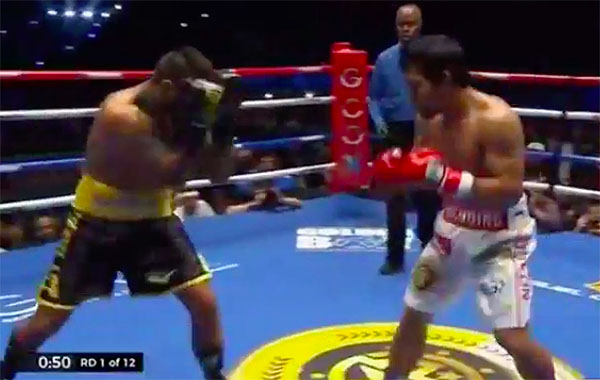 During the fight, Manny begins to dominate the match in rounds 2. Matthysse gets down on the canvas during round 3, round 5 and round 7.

Pacquiao thanked his supporters and boxing fans during his interview at the end of the boxing match.

Watch the highlights of Manny Pacquiao vs Matthysse boxing match below.

What can you say about the result of the fight? Write Thoughts and views on the comment section below.