All Filipino male dance group Junior New System has made it to the Live Shows of America’s Got Talent 2018 competition.

The group impress the judges with their backflips in 6 inch heels during the Judge Cuts round, which is aired on NBC on Tuesday, July 17, 2018.

“You are incredible. You’re amazing,” said Mel B. “I think your dancing was so explosive,” said Heidi.

“You did stepped it up,” said Howie. “The audience says everything I need to say,” said Simon.

“I am so rooting for you guys,” said Ken. 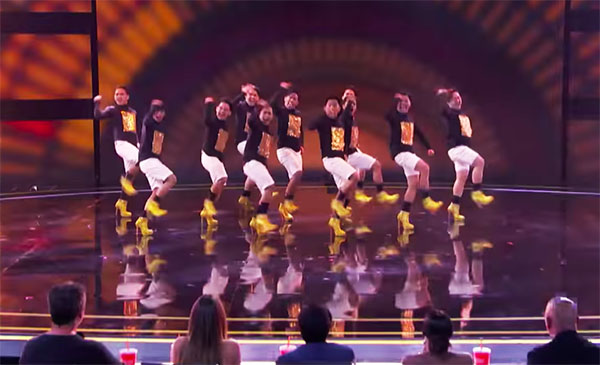 They will return on the show to perform live at the Dolby Theatre in Hollywood — Live Shows begins August 14, 2018.