The Human Fountains impress the judges and the audience on America’s Got Talent Season 13 Judge Cuts on Tuesday, July 24, 2018.

“The egg is pretty gross,” said Heidi. “I Like the fact that you actually told a story,” said Mel B.

“You guys are my personal nightmare,” said Howie. 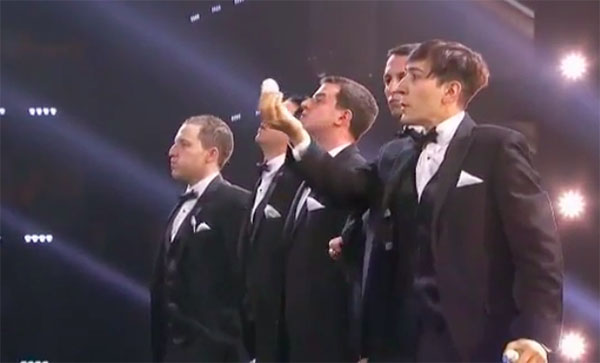 What can you say about Human Fountains’ performance? Share your thoughts below.