Hamster Wheel wows the judges and the audience during their audition on America’s Got Talent Season 13 on Tuesday, July 10, 2018.

“I like it. I like your friendship as well,” said Simon Cowell. “I love these devices and you guys are winning,” said Howie.

“I have to respect the amount of hours you put on this work,” said Mel B. 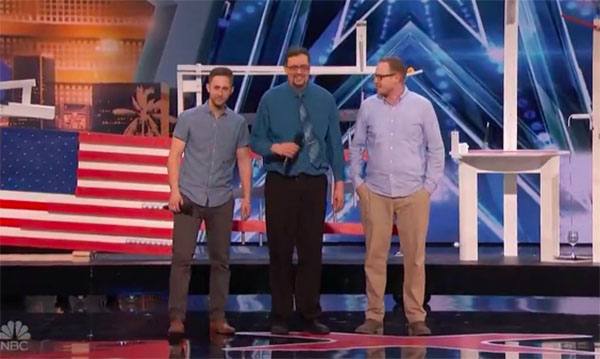 Hamster Wheel received three yeses and they are moving to the next round of AGT competition.

What can you say about Hamster Wheel’s performance? Share your thoughts below.