Watch the brawl between Gilas Pilipinas and Australia during the FIBA World Cup Asian Qualifier match held at the Philippine Arena on Monday, July 2, 2018.

The unexpected fight between Gilas and Australia broke out during the third quarter of the game.

Australia wins by default with final score of 89-53. 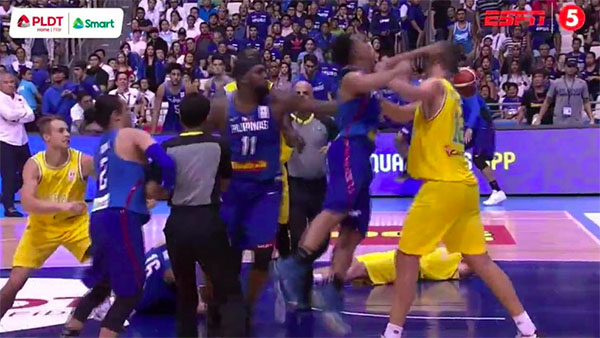 Watch the Gilas Pilipinas vs Australia fight on video below.

What can you say about this issue? Share your thoughts on the discussion box below.