SONA 2018 – President Rodrigo Duterte is set to deliver his 3rd State of the Nation Address at the Batasang Pambansa on Monday, July 23, 2018.

According to Bong Go, President Duterte’s SONA will consist of 16 pages and will be delivered in about more than 30 minutes. 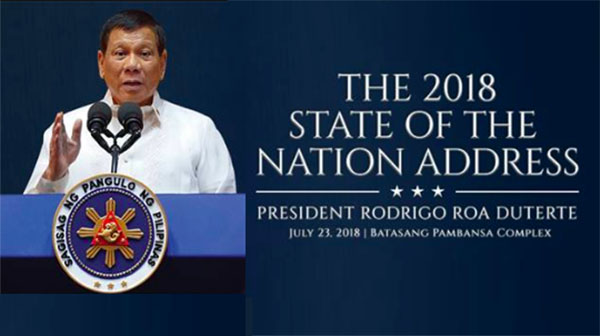 “I am sure the President will be reporting what he has done the past two years, specifically on the war on drugs, crime and corruption,” Bong Go said in an interview.

“He will also talking about the programs he has implemented, especially those that require a leader with the political will, since these are for the greatest good of the majority,” he added.

Where to watch President Duterte’s State of the Nation Address (SONA 2018)?

SONA 2018 will be broadcast simultaneously on local channels including ABS-CBN, GMA-7, TV5 and PTV 4. It is also available to watch online via RTVM official live streaming channel on Facebook and Youtube.