Blue Tokyo amaze the judges with their synchronize routine on America’s Got Talent Season 13 Auditions on Tuesday, July 10, 2018.

“You made your flight worth. You make business,” said Heidi. “It was all flawless, the timing. Everything is brilliant,” said Mel B.

“It was technically brilliant. It was exciting. This was really cool classy and brilliant,” said Simon. 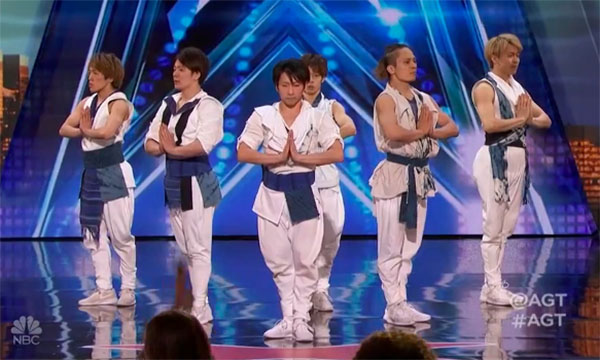 Blue Tokyo received four yeses and they are moving to the next round of AGT competition.

What can you say about Blue Tokyo’s performance? Share your thoughts below.