Aaron Crow shoots an arrow through an apple on Heidi Klum’s head for his performance on America’s Got Talent 2018 Judge Cuts round.

Heidi Klum and and guest judge Ken Jeong joined Aaron Crow for a dangerous bow and arrow act on AGT judge cuts round. 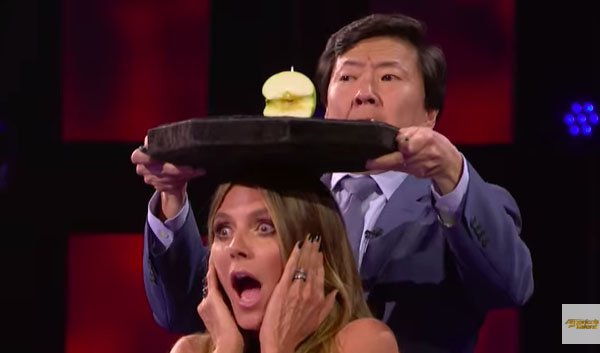 This leaked performance will be aired on Tuesday, July 17, 2018.