Aside from her performance, Poppe appeared on the RDMA stage with The Voice 2018 winner Brynn Cartelli to present the Icon Award to Kelly Clarkson. 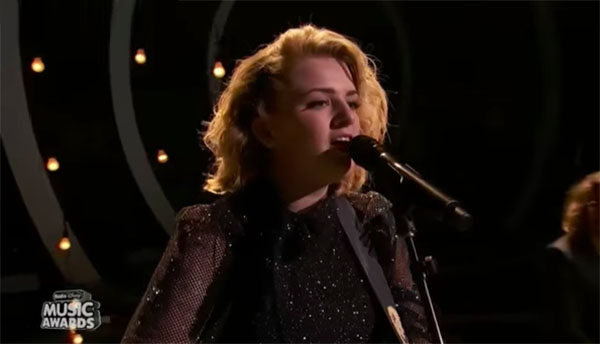 Watch her performance of “Going Going Gone” at the 2018 Radio Disney Music Awards on the video below.

Maddie Poppe is the crowned winner of American Idol Season 16. The 20-year-old singer from Clarksville, Iowa beats Caleb Lee Hutchinson and Gabby Barrett in the public vote during the American Idol Finale on May 21, 2018. Maddie Poppe took home the cash prize and earned a recording contract deal with Big Machine.

The 2018 Radio Disney Music Awards were held at the Dolby Theatre in Hollywood, California on Friday, June 22, 2018, . The ceremony was air on Radio Disney and Disney Channel on Saturday, June 23, 2018.