Glennis Grace sings her cover of “Run to You” by Whitney Huston on America’s Got Talent Season 13 Auditions Week 5 Episode on Tuesday, June 26, 2018.

“You look amazing and you sound amazing. I feel like looking a star already,” said Simon.

“You are absolutely incredible. You do sound so much like Whitney Huston,” said Heidi.

“You are a beautiful singer. You are amazing,” said Mel B. “We watch you explode on the stage tonight,” said Howie. 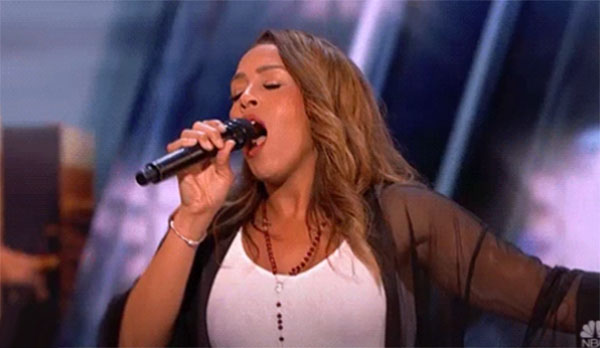 Glennis Grace gets four yeses from the judges and she is moving to the next round of the competition.