This was after the tickets went sold out in less one hour upon availability. Due to public insistent demand, concert producers decided to run a second night for 24K Magic concert in Manila.

Tickets for the second night will go on sale on Friday, Sep 8, 2017 via SM Tickets. Ticket prices ranges from P2,650 for general admission up to P23,850 for VIP access. 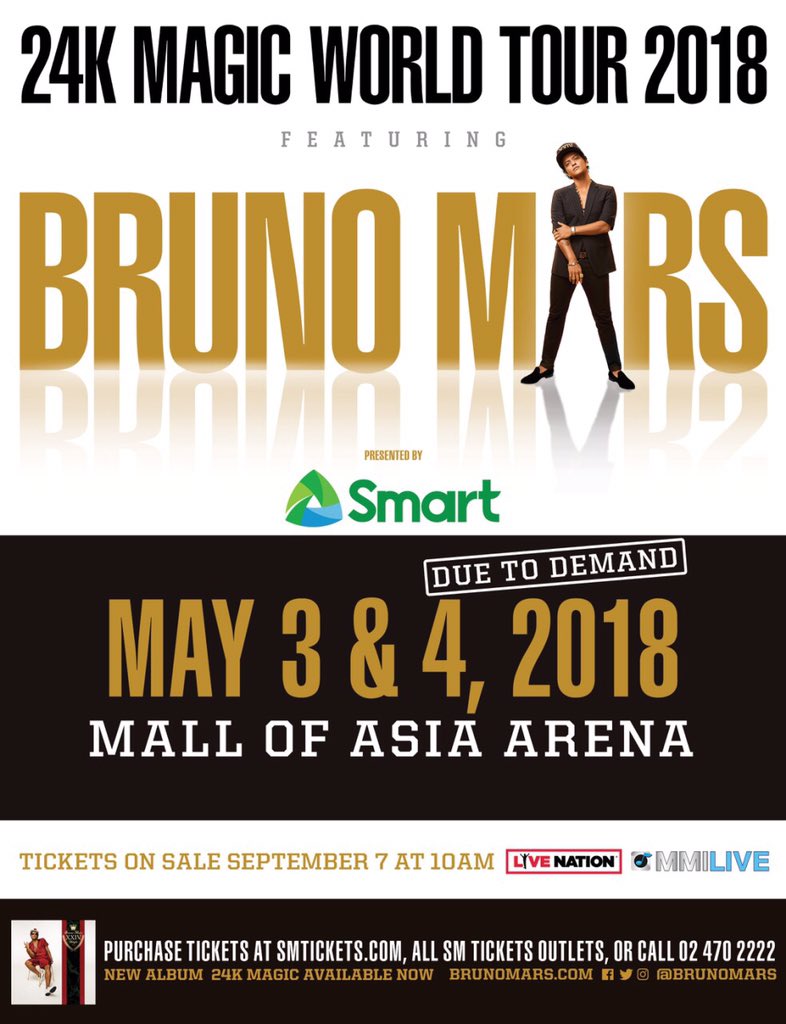 Bruno Mars is the singer behind the hit songs 24K Magic, Versace on the Floor, Just the Way You Are, Grenade, It Will Rain Uptown Funk and Treasure.