Daryl Sevillejo and Sophia Dalisay from Team Sharon sings’Got To Believe in Magic’ on The Voice Teens Philippines Battles on Sunday, June 4, 2017.

“For me I choose Sophia,” said Bamboo. “I believe in Daryl,” said Lea.

“I saw how they developed as singers and performers,” said coach Sharon. The winner for this battle is: Daryl Sevillejo
Eliminated: Sophia Dalisay
Steal: No 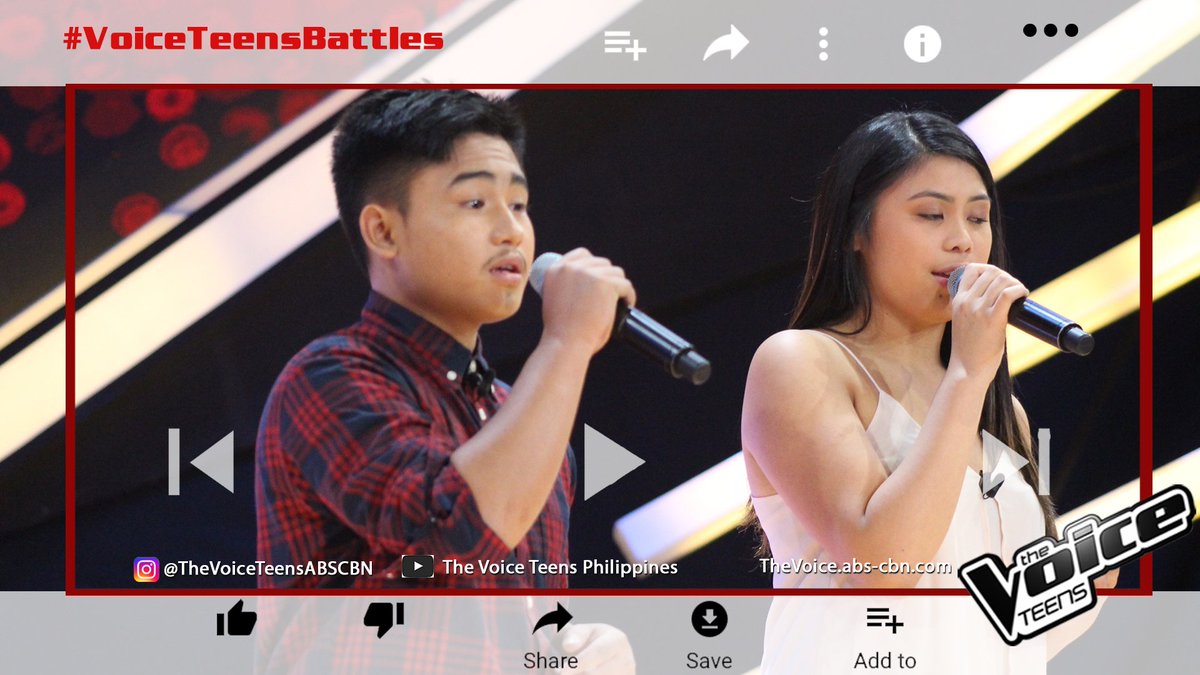