“The song is just right for you, but I go with Carlos,” said Sharon,

“Both did a well rounded performance,” said coach Lea.

“Carlos, you have your own take in performing a song. DJ surprised me with the high notes,” said Bamboo. 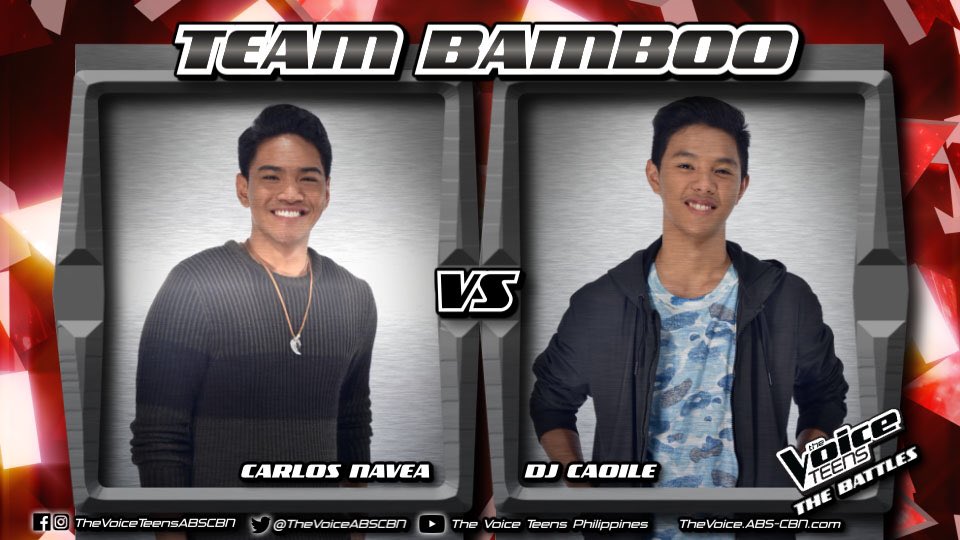 The winner for this battle is: Carlos
Eliminated: DJ
Steal: None